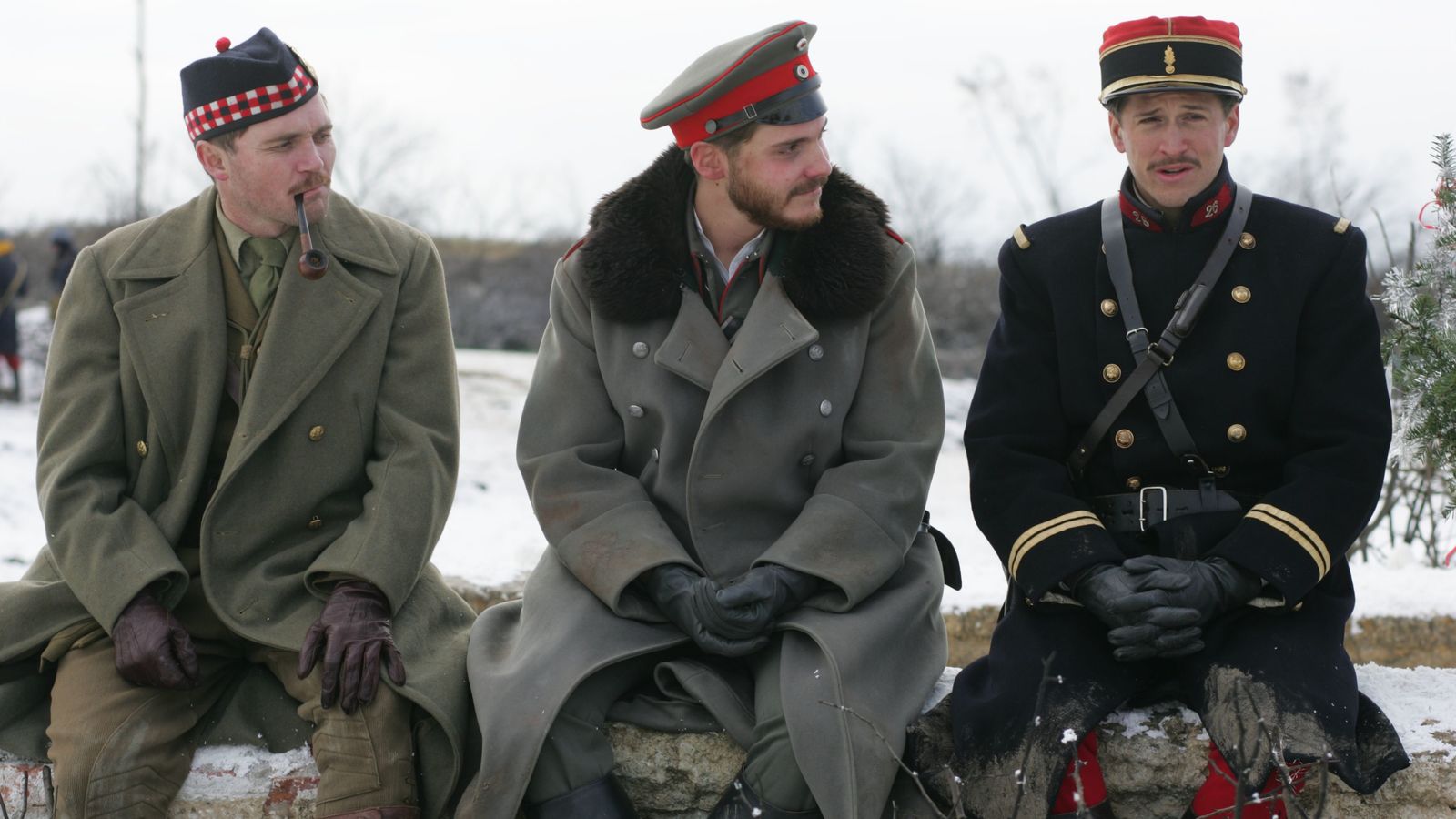 When war breaks out in the lull of summer 1914, it surprises and pulls millions of men in its wake. Nikolaus Sprink, exceptional tenor at the Berlin Opera House, will have to give up his prestigious career and the one he loves: Anna Sorensen, soprano and singing partner Palmer, Anglican priest, has volunteered to follow Jonathan, his young church aide. They leave Scotland, one as a soldier, the other as a stretcher-bearer. Lieutenant Audebert has had to leave his wife, pregnant and bedridden, to fight the enemy. But the Germans now occupy the small town of Northern France where the young bride has probably given birth. Unless the worst has happened. Having no news is the suffering which haunts Lieutenant Audebert's every night. And Christmas arrives, with its snow and multitude of family and army presents. But the surprise won't come from inside the generous parcels which lie in the French, Scottish and German trenches. That night, a momentous event will turn the destinies of Nikolaus, Anna, Palmer and Audebert around. Because the unthinkable will happen: rifles will be left at the bottom of the trenches to go, candle in hand, to see those opposite, shake their hands, exchange a cigarette and a piece of chocolate, wish them ''Merry Christmas''.